Basque Country: 45 years calling for M3mory, truth and justice in the city of Vitoria/Gasteiz 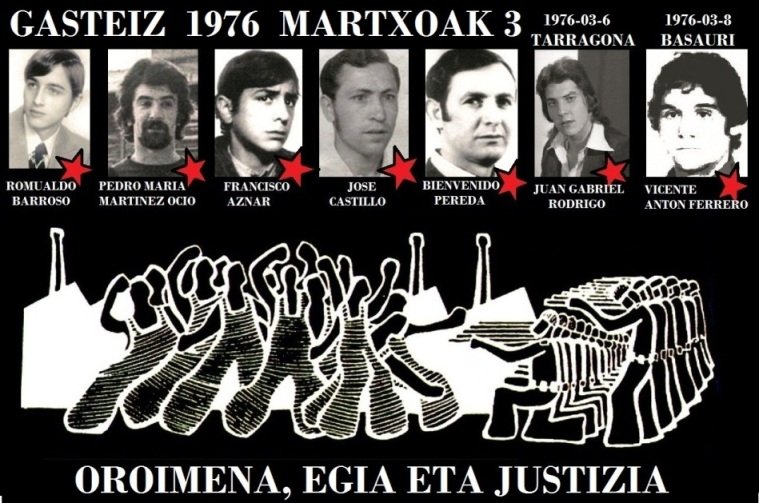 On March 3, 1976, the Basque city of Vitoria-Gasteiz suffered the most violent attack against the working class in its entire history. Five workers were killed and more than one hundred people wounded, when striking workers who had assembled in a church were gassed and then fired upon by the armed Spanish police as they were evacuating it.

Under a harsh dictatorial regime (Franco had died a few months earlier) devoid of liberties in which the right to strike, demonstrate and assemble, etc., did not exist, workers in Vitoria-Gasteiz went on a strike for purely socio-labour reasons that was widely seconded at a number of companies.

After two long months of strikes and two days of a general strike, a complete stoppage of work was called for March 3. This stoppage was seconded by practically all the workers in the companies taking part in the struggle and others who supported it in solidarity, as well as businesses, services, students, housewives and the population in general. The police started in the morning to react harshly to any sign of agreement or demonstration and even opened fire with live ammunition, which resulted in the first gunshot casualties.

To furnish information on new events, a general informative assembly was called for five in the afternoon in the church of San Francisco de Asis in the Zaramaga district, the place where meetings of the Representative Commissions from the companies involved in the struggle were usually held.

The police deliberately let the church fill up with around five thousand people and a similar number congregated outside; the order was then given to evacuate the building. The people inside refused to abandon the religious compound for fear of being beaten and attacked upon leaving. The fact that churches are protected by the Concordat and therefore armed forces cannot act in nor enter them, except in cases of extreme need, bears underscoring.

In order to proceed with the evacuation, the police attacked the church with tear gas and antiriot material, from which those inside, victims of panic and asphyxia, began to flee. The police indiscriminately beat and shot those attempting to escape as well those outside the church who attempted to distract the police in order to clear a way for those who were abandoning that inferno.

The result was that five workers were killed and around one hundred wounded, many of them seriously. The police congratulated themselves for having fired more than one thousand rounds, produced a massacre and contributed to the greatest beating in history. The recordings that exist were picked up from the police’s FM radio transmitter and have been preserved today.

Preliminary proceedings were at first opened as a result of the hospital reports on the people treated – the deceased and wounded from the shootings and beatings – which were sent to the courts. After being passed around a number of different courts and tribunals, the open summary proceedings finally wound up under military jurisdiction, which, while recognising that the events constituted crimes of homicide in principle, dismissed the case because sufficient motives for accusing certain individuals were lacking. The claims for civil responsibility that were subsequently levied against the State by several of those affected were also dismissed.

For more information you can consult the website of the Martxoak 3 elkartea association at the following link: http://www.martxoak3.org/en/ 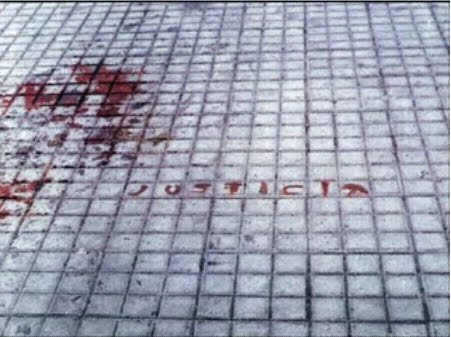